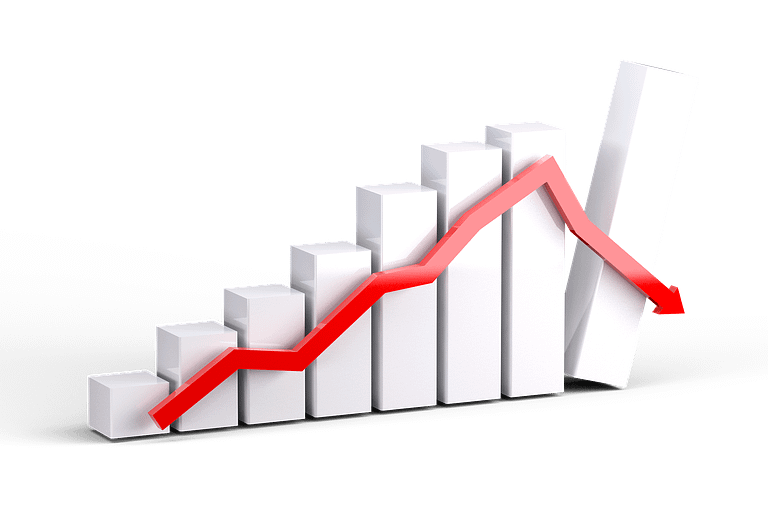 Disclaimer: This is just my perspective of the law, nothing of any research or academic purpose is intended in this blog.

The Law of Diminishing Marginal Utility or as I call, The DMU Effect. All of us have come across this term in one way or another. For those of us who have had the opportunity to learn anything regarding economics or finance, one cannot iterate how much importance is given to this topic by our professors while teaching us. What all of us don’t realise is, how entangled and intertwined the law of diminishing marginal utility has become with our lives even outside the academic world. Before I delve further into this entanglement, like all good blogs, I would like to mention the technical definition, meaning and the economist behind this. 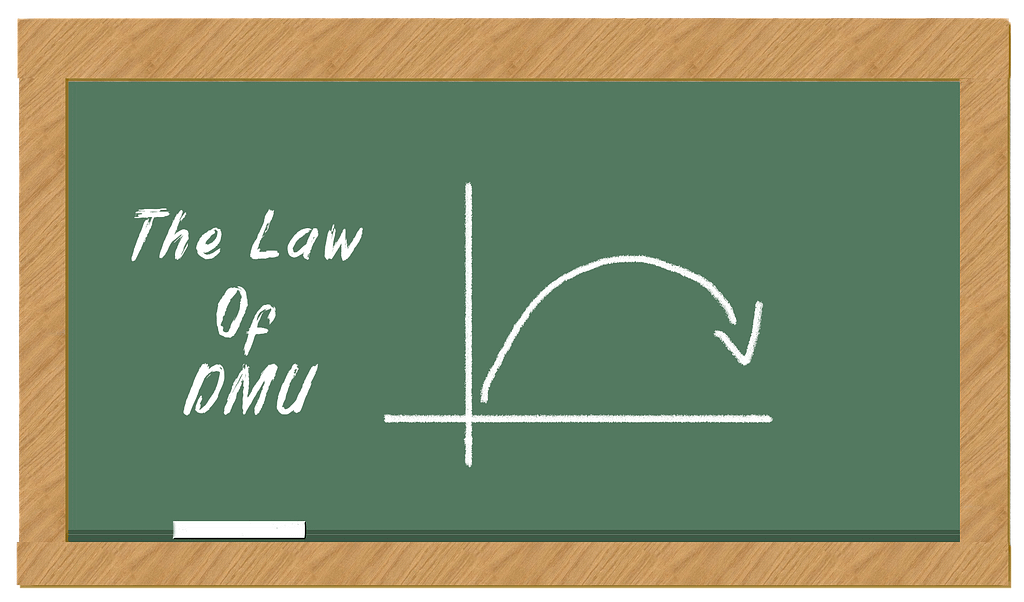 The person behind this cardinal rule of economics is Hermann Heinrich Gossen (1810 – 1858) (Source: Wikipedia.org). This law is one of the trios of cardinal economic laws formulated by Gossen.

Meaning of the law of Diminishing Marginal Utility:

The law simply means that the more and more you consume a particular item or a product, the satisfaction that you derive from the said product will decrease more and more. For example, you loved the taste of a chocolate delight donut the first time you bought it, that same satisfaction/yumminess factor is going to wane off the more and more you buy the same donut. And no, it’s not because the baker has cooked it bad. It’s because of The DMU Effect. You just get so used to this taste, that your taste palette now craves for a different donut to relinquish your taste buds.

What is my perspective on the Law of Diminishing Marginal Utility and an example of how this law is relevant in our day to day lives:

Now that I have provided you with the technical mumbo jumbo of this law, I would now like to delve into my perspective of this law as stated earlier. There are various applications to this law outside the economic purview that it was formulated to address.

For this particular scenario, I am going to psychoanalyse how a middle-class person views the wealth of one of the world’s richest individual right now, Bill Gates.

The current wealth of Bill Gates as I am writing this blog stands at about US $114 Billion (Source: Forbes.com). Which if you convert it to INR, it roughly translates to 8.4 Lakh crores! (Source: XE.com) Imagine the things you can own with this astronomical amount of personal wealth. The number of Ferrari(s), Private Jets, Huge sprawling mansions, and heck, you can even own some of the countries in that lower GDP spectrum. Imagine that ecstatic state of euphoria a person like you or me would be in, with that level of money at our disposal. Phew!

Then again that’s how we think and there is absolutely nothing wrong in the way we think. But what would it be like to be in Bill Gates’s shoes, is he going to be in the same state of euphoria that we would experience? The short answer is no.

For us, owning items or products of such material stature would seem to make us feel godlike, for an Ultra High Net worth person like Bill Gates, all this would seem perfectly normal. Owning a Rolls Royce would seem like how owning a Maruti Suzuki Swift seems to us, the middle class. Now you might ask, how all this is relevant to the DMU effect?

The answer to this is pretty simple, imagine, the first time Bill Gates would have got that first funding of a 100,000 USD or 1 million US dollars, he would, like any normal person given that amount of wealth, gone on a spending spree. He might have bought hectares of land, luxurious cars, helicopters at that initial stage. Fast forward to the present, this man dresses simple now and yes, he does still own all those invaluable possessions. But, would buying newer mansions, cars, give him the same over the moon feeling as before? Not exactly. Now, he would derive satisfaction out of other things, that do not involve spending money like helping build a better world with his wealth and influence, helping make the society better, donate to find a cure for incurable diseases like cancer etc. The reason for this paradigm shift in thought process is because the utility of money, for Bill Gates, has shrunk per the law of diminishing marginal utility.

If you had asked Gates, several years ago whether he would donate half his wealth of billions of dollars for a social cause, he would have laughed at you. But fast forward to August 2010, he co-founded the giving pledge along with his wife Melinda to do the exact thing. (Source: givingpledge.org).

This is just one prominent use case scenario for the DMU effect. You can apply this law for several other scenarios like how the more you listen to a particular song or album, your interest in listening to it no matter how good the song or album is, dwindles.  Another case or viewpoint is when you buy a new phone, for the first few days you are engrossed in the phone so much that you wouldn’t want to take your eyes off. But, as you use your phone regularly, that initial level of excitement wears off and you start using it casually and eventually, get bored of it. This is again, due to the DMU effect.

For any law, certain criteria’s and exceptions are in place to ensure the working of the law. One basic condition is that the units of products or commodities considered must be uniform. Even if there is a slight variation in that regard, the law wouldn’t apply to that particular scenario.

Take, for example, an omelette. You are tired of eating the same French omelette daily for breakfast. You decided to turn things up a notch and start consuming Spanish Omelettes from the very next day. Though the core of both the dishes is the same i.e. an omelette, the way they are prepared and the ingredients used are different. The law won’t be applicable if you start alternating between different types of an omelette.

This law, won’t be applicable for goods which are of habitual consumption nature. Drugs, alcohol, tobacco etc will not come under the purview (Source: toppr.com). My perspective though, of this exception is a little different.  To compensate for the DMU affect these goods had on the users, the user increases the frequency/the dosage of consumption to get the same state of high they used to get initially. The law of DMU is involved in one way or the other in this scenario.

To surmise, this take on the Law of Diminishing Marginal Utility is just my perspective and very subjective. There are several other factors involved like reasonability, consistency in consumer’s tastes etc. (Source: Economicsdiscussion.net). These factors will vary based on the scenario.

As a reader, you might have come across various scenarios where you noticed the impact of this law. You might also have another different perspective on this law compared to my perspective.

I hope this blog has been informative in one or the other way to you. I will be more than happy to address and clarify any concern or query regarding this blog in the comment section below.

Please feel free to share your perspective and thoughts in the comments section below, I will be more than happy to respond to the same.

A stereotypical Aquarian with interests expanding to an unending horizon. Born in Chennai and brought up in Bangalore via a secular upbringing, I initially intended, to revolutionize the world with science. Of course, I did not end up doing that thanks to my then newly found business acumen. With interests in finance, tech, theater, go-karting, black holes, universe (hence the unending horizon) I am more of a jack of all trades. The blog represents my volatile perception on subjects with no certain cornerstone.

Love the flow of the topic and the explanation is very candid. Way to go! All the very best 🙂

Thanks for your feedback! really appreciate it. You can bookmark this site as well to get future updates. 🙂

Congratz Naveen on your first blog! it was quite interesting and you had shared a lot of examples to understand the depth of it.. I look forward for much more interesting blogs! Good luck Machan😊

Thanks a lot for your feedback da Veeru! I will keep you updated on the future blogs! 🙂

Thanks a lot Gopika! Will keep you updated for future posts! 🙂

Didn’t realize there was so much DMU around us. Great job Naveen! Looking forward to the future blogs:)

Hey! Thanks a lot man! Will keep you posted on all future blogs! 🙂

Thank you, Faizan! and also thanks for helping me in making this website look great! 🙂

Excellent! Appreciate your explanation on DMU.

This guy has articulated “DMU” way better than my high school teacher….! And the content is well organized. Kudos!

Thank you Solomon! Much appreciated 🙂